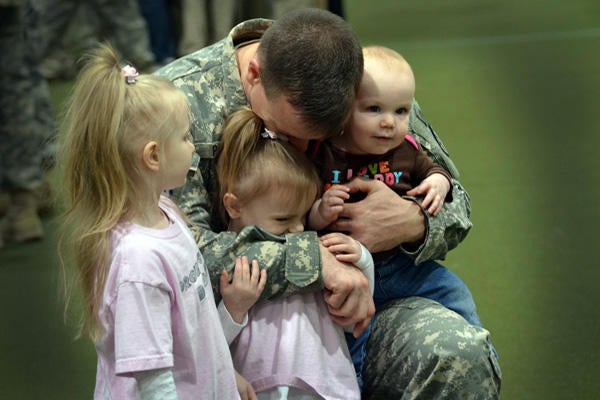 Fighting for Military and Veterans During Divorce

First, thank you for your service to our country! Our military members deserve our respect for defending our rights and freedoms. Our attorneys at the Alabama Divorce and Family Lawyers, LLC law firm focus our practice on military divorce, military child-custody and child custody modification cases, military divorce mediation, military spousal support and military retirement matters.  We have successfully helped military families and military servicemembers struggling through tough times for decades. We have successfully helped thousands of divorce clients in and around Huntsville, including in Madison, Morgan and Limestone Counties.

Huntsville, Alabama is Home to Thousands of Military Servicemembers

Our lawyers love Huntsville and the surrounding areas. Huntsville is the county seat of Madison County and is part of the Appalachian region of North Alabama. The City of Huntsville also extends out into neighboring Limestone County in the West and South into Morgan County. Huntsville is the 2nd largest city in Alabama, with a population of over 200,000.  The Huntsville metropolitan population, which includes the areas listed above, exceeds over 420,000.  Huntsville has been home to military families for generations. Huntsville is home to the Redstone Arsenal, a military base, the Marshal Space Flight Center, Huntsville has long been known for it's missile defense and the Space and Rocket Center. It is home to the 2nd largest technology and research park in the country and one of the top 25 most educated cities in America.

The Redstone Arsenal is a U.S. Army Military garrison and home to various military tenets across the U.S. Department of Defense, NASA and the Department of Justice. It is also home to the  Army Ballistic Missile Agency (ABMA), The U.S. Army Missile Command (MICOM) and will be the  United States Space Command. Redstone Arsenal remains the center of testing, development, and doctrine for the Army's missile programs. Besides the U.S. Army Materiel Command and the U.S. Army Aviation and Missile Life Cycle Management Command, Redstone houses the Tactical UAV Project Office, Redstone Test Center (RTC), the Missile Defense Agency, the Missile and Space Intelligence Center, and other operations.

State law usually determines divorce procedure, but depending upon your military situation, whether you are overseas or at home, there are Federal Statutes and laws that govern military divorce proceedings. The Service Members Civil Relief Act may provide extra protection to military members during a divorce process. When a military member is served with divorce papers or serves divorce papers on their spouse the other party must respond within 30 days or face a default-divorce. However, the SMRA provides extra protections for the military, including:

Military Spouses Benefits During a Divorce

The Uniformed Services Former Spouse Protection Act is a federal law that provides certain benefits to former spouses of military members. An unmarried former spouse may receive medical, commissary, exchange and theater privileges under the Morale, Welfare and Recreation program and other benefits if he or she meets the requirements of what is known as the 20/20/20 rule:

If you or a military family member are involved in a divorce or another family law matter, such as child-custody proceedings it is imperative that you talk with an experienced military divorce attorney as soon as possible. Military divorce law is different than normal divorce proceedings in Alabama. Military retirement benefits and other spousal support issues can be complicated and require a specified knowledge. We've helped countless military servicemembers, spouses, and their families fight and win their divorce cases.  Please contact us 256-692-5333. You may also contact us here online. We offer a Free Consultation regarding your rights as a military spouse or servicemember.